SI used integrated tools like video, embedded pdf, and responsive design to understand the meaning of the universe, well, sort of...

What is the universe made of?

Understanding the universe in which we live and how it affects us is one of the most important activities of modern man. Our understanding of the atom and the parts which make up an atom are ushering in an incredible era of high technology that will change human society forever. Products like the modern computer chip, mobile phones, and solar heating all stem from our understanding of atoms. Beyond its impact on nuclear science, the advances made possible by an EIC could have far-reaching benefits to the nation's science- and technology-driven economy as well as to maintaining U.S. leadership in nuclear physics and in collider and accelerator technologies. Crucial questions that an EIC would answer include the origin of the mass of atomic nuclei, the origin of spin of neutrons and protons -- a fundamental property that makes magnetic resonance imaging (MRI) possible, how gluons hold nuclei together, and whether emergent forms of matter made of dense gluons exist.

The Thomas Jefferson National Accelerator Facility has a unique opportunity to be awarded a contract to build the world's largest Electron ion Collider (EIC) by the Department of Energy. They wanted to get the word out about the benefits of building an EIC at their facility in Newport News, VA, so they came to SI.

How to make a website that conveys the power of the atom?

Jefferson Lab asked SI to make a site that educates the user about the EIC, is easy to navigate, and wins the case for building the EIC at the Jefferson Lab; a project that may cost up to $1 billion.

SI created a design that puts all of the essential information at the user's finger tips, follows the lab's branding and color requirements, and uses 3D graphics to complete an eye catching design. 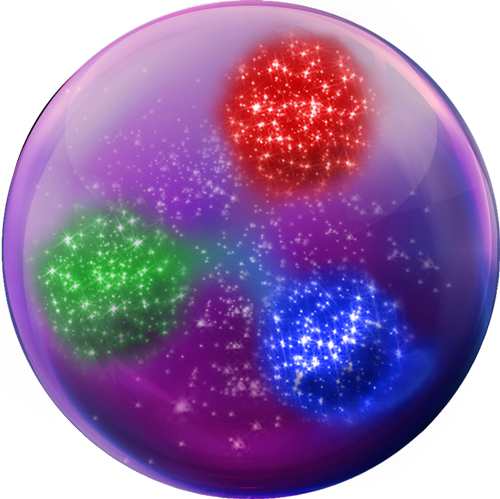 What is an atom really made of?

Most of us know that atoms consist of protons and neutrons.

But did you know that protons are made of quarks and gluons, and that scientists know little about how these building blocks are arranged. And while protons, along with neutrons, make up the bulk of everything we see in the universe, their constituent quarks account for only a small fraction of their mass.

That means gluons—massless particles that generate the glue-like force field of the strong nuclear force that holds quarks together—could account for more than 90 percent of the mass of visible matter in the universe. The question is: how? 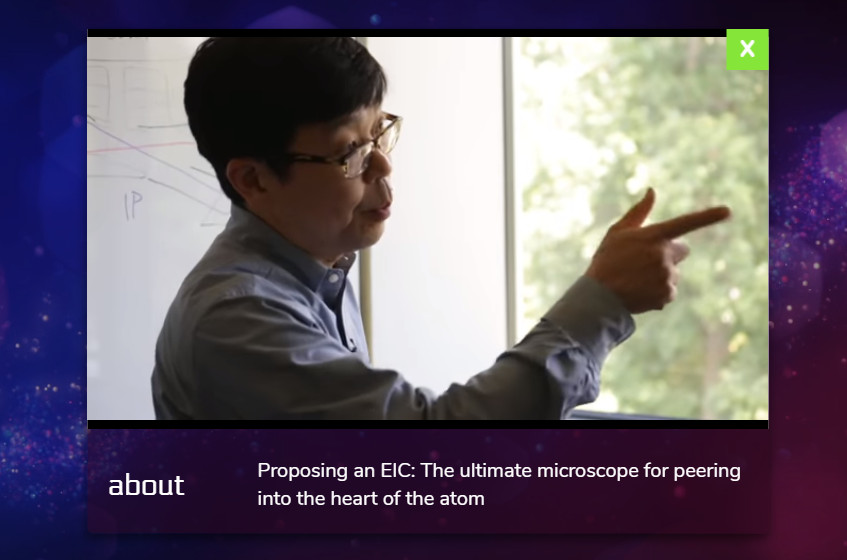 SI used integrated tools like pop up video, embedded pdf, and responsive design to help non-scientist get up to speed with plans for the Electron Ion Collider. The site also serves as a hub for all of those involved with the project to keep up with the latest news regarding the project.